Private equity firms used to send junior staff off for an MBA. Now they‘re keeping some around to help spend all the money they’ve raised.

Private equity firms used to send junior staff off for an MBA. Now they’re keeping some around to help spend all the money they’ve raised.

Private equity firms often send associates on their way after two or three years. But with firms raising record capital and megafunds north of $10 billion becoming more common, top associates are being asked to stick around to help put that money to use, industry recruiters said.

That’s a departure from what typically happens after associates enter into two- to three-year programs at PE firms. Once that time is up, firms nudge many associates out the door — either asking them to leave, or writing them a recommendation to business school, sometimes with the promise of a vice president-level job after graduation.

With big investors piling into alternatives like private equity in a hunt for yield, a new path appears to be opening for people to rise the PE ranks. Firms are finding that they need more staff to manage massive funds once they raise them, five recruiters who specialize in PE placements told Business Insider.

Firms need more “quasi-senior level” people who can “run a deal and put the money to work, or maybe source it,” Adam Kahn, a recruiter who was included on Business Insider’s 2019 list of Rising Stars of Wall Street headhunting, said in an interview at the Manhattan office of recruiting firm, Odyssey Search Partners.

The associates that are kept on are being transitioned to responsibilities that are client-facing, as opposed to the number-crunching that defined their earlier years, recruiters said.

Such associates will wind up spending an extra year at that level before being up for a promotion to vice president, or at least a title change to senior associate, which reflects a position with post-MBA responsibilities, Kahn said.

To be sure, the number of those kinds of roles is limited, and at this point there has been no wholesale overhaul of the typical PE career path, including nabbing an MBA along the way.

When asked about associate-level roles, four big private equity firms either declined comment or did not respond to a request for comment.

Private equity firms are also steering associates increasingly toward working at a company the firm owns, Kahn said. The experience of working  with management of the company, he said, is perceived by firms to be more valuable than business school.

“There is a lot of capital sloshing around looking for returns,” said Andrea Auerbach, global head of private investments at Cambridge Associates, an advisor to institutional investors. Auerbach said there is between $500 billion and $600 billion of so-called dry powder — or investor money raised but not deployed — in the United States alone. 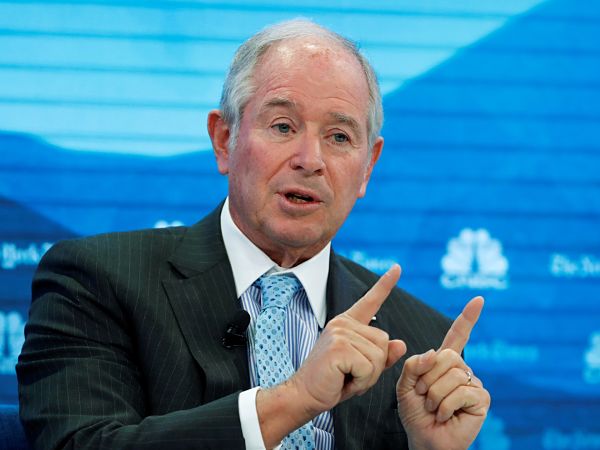 And Blackstone meanwhile is reportedly in the process of raising the biggest private equity fund ever, which is said to be capped at around $25 billion.

That said, huge fundraisings are not the only reason some private equity firms are trying to keep associates from going to business school. Also at play is an effort to retain top talent, “given the costs of recruiting more senior post-MBA talent in a competitive marketplace,” said Kelly Sugrue, a recruiter at Dore Partnership who works with private equity firms.

Some big private equity firms are also working on putting more resources towards undergraduate recruiting. Associates are not the only positions the massive fundraisings have affected, says Alexis DuFresne, a recruiter at Whitney Partners. More senior positions have been added, too.

“To grow these large funds in the first place, fundraising and support roles are more important than ever,” said DuFresne, noting that firms are hiring at the director and vice president level to beef up investor relations. Noah Schwarz, a recruiter at Korn Ferry who makes senior placements, said firms are even making room for more partners in their organizations, which he said is rare.

Among these new positions are “operating partners” — often hired from big tech firms — who oversee technology systems across companies the PE firm owns, Schwarz said. “With more capital, you need more people to deploy that capital,” he said.

This Year’s Bonus Round: Initial Reactions
Scroll to top