It’s hard to see the news these days and not feel deflated. Weatherrelated disasters, human-made tragedies and the state of politics all make for dreadful reading. One set of people who are not feeling pessimistic about 2017 are front-office investment professionals. This is in spite of the backdrop of the “new normal” fund environment – fee pressure, firm shut-downs and the rapid growth in passive investing. Odyssey’s second annual Compensation Expectations Survey shows people are envisioning a buoyant bonus season.

Also on our clients’ minds is how to keep on the right side of the new legal restrictions on requesting past compensation information. Private equity firms have quietly been altering how they recruit and we shine some light there. When is the best time of year to hire is something we additionally tackle in this edition. Finally, you can’t talk to a fund manager or HR professional these days without the topic of big data coming up. But how are people doing it and how are teams being put together? We aim to provide insights on this in our final article in our final newsletter of the year!

As ever, let us know how we can be ever more useful to you and we look forward to continuing the dialogue. The OSP team

The Bulls are Back 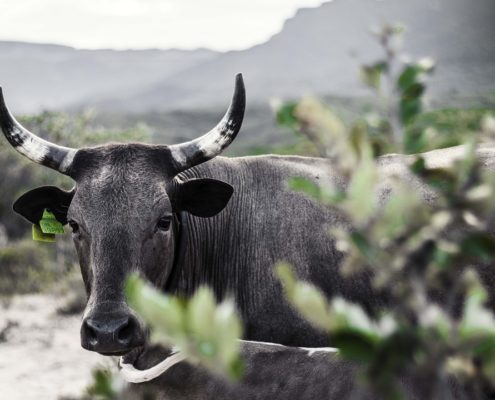 We focused on respondents from those in investment seats (not trading or support roles) at fundamentally driven investment firms (not macro and quant firms). Respondents were asked about their specific role, the firm they represent, past compensation history, and expectations for 2017.

The results are still being analyzed, but here are the initial findings. Note the focus here is on bonuses and the difference between ACTUAL 2016 bonuses and their EXPECTATIONS for year-end 2017 bonuses. Other fuller analyses (including base salary, comp levels by firm size/strategy, single manager vs. multi-manager, mega-fund vs. mid-market fund etc.) will be included in the full compensation reports:

After a tough 2016, optimism has returned to investment professionals at hedge funds. Our survey results found that investment professionals are expecting year-end bonuses to be 39% higher this year, rising from $403k in average bonus actually received in 2016 to an average expectation of $562k. This reversal of fortune is all the more remarkable given the fact that at this time last year, they were going into yearend expecting a 7% decrease from their 2015 bonuses.

Hedge Fund juniors (Analysts & Associates) have more modest comp expectations. With an average of $190k bonus at year-end 2016 (clearly no small number for someone typically in their mid-20s), they now expect $216k this year-end; an increase driven mostly by the associates at top-performing funds. Yet it’s mid and senior people where expectations have ballooned, presumably because their compensation is more tied to performance, and firms in general have put up very positive numbers this year (according to BarclayHedge, as of October hedge funds are up almost 7.5% on the year, as opposed to only +4% this time last year). Those with over 10 years investing experience are expecting on average a $1.38m bonus this year (a 79% leap on their $771k average year-end 2016 bonus). This was driven by quite a few long/short equity PMs expecting compensation of well over $2m this year, while they had actually made considerably less in 2016. The size of the firm certainly makes a difference to a respondent’s expectations. Those at larger funds (>$5Bn) are expecting 29% more in year-end bonus than those at smaller funds

However, there are two more prominent factors driving bonus expectations, the more obvious of which being fund performance. Investment professionals at firms where the fund has performed well this year (returning at least 5%) are expecting 56% higher bonuses than those at poorer performing funds (returning less than 5%). The less obvious driver is investment strategy. Those investing at long/short equity and multi-strat firms are considerably more optimistic than those at event-driven or credit funds.

What’s going to be fascinating to ascertain is whether or not this optimism is well-placed. After several lean years, performance has considerably improved in 2017, as illustrated by HFR’s report which shows that funds on average gained every single month this year – January through September – the first time such an event has occurred since 2003. Many more firms are now above high-water marks and generating significant performance fees. But the question remains, is this good enough? 70% of investors say hedge funds have failed to meet their return expectations over the last three years (ValueWalk 9/25/17). The last time the HF industry had a strong year, back in 2013, the environment was much different – LP pressure on fees was much lower, and the capital raising environment was considerably 3 more attractive. By the time December comes around and the compensation decision-makers have made their determinations, many in the industry may be facing a rude awakening.