An investment in knowledge pays the best interest

As we move into the year-end, we provide compensation expectation data which we hope proves valuable in what’s been a volatile and confounding year for many. Record profits at the investment banks, helped by a higher number of deals and tax cuts kicking in, have seen more sell-side hiring activity while things have slowed at the asset managers who have suffered asset outflows and declining stock prices. We’ve seen historical fervor for investment banking analysts, as the private equity on-cycle hiring process just kicked off on October 27th, the earliest it’s ever started. We’ve also noted more interest into how the MBA fits into hiring plans and employee development, and we dig into the data around this. Continuing on the compensation topic, we look at the effects
caused by last year’s legal restrictions on requesting compensation data from interview candidates. Finally, as private funds continue to scale, we share what we’re seeing and how this is affecting the market for talent. Here’s to a successful last final quarter of 2018.

As we head into the season of bonus deliberations, we want to share the initial findings of our Investment Professional Compensation Survey. To clarify, in our last Newsletter we reported what actual 2017 year end bonuses had been, whereas this is based on a recent survey to test sentiment about year-end bonus expectations. We surveyed over 1300 investment professionals to ask about their current compensation, and their expectations for year-end. The headline is that investment professionals are still bullish about their prospects for significant year-end bonuses. This was a little surprising against the current backdrop of stock market volatility, significant hedge funds closures and continued interest rate rises – but confidence isn’t something these folks usually lack! As a caveat though, the tough October we’ve just experienced may now be tempering expectations. We break down the populations into Hedge Funds, Private Equity and Private Credit. In each asset class, we surveyed over 400 respondents in September and October 2018 at the junior, mid and senior levels on their past, current, and expected compensation levels (both base and bonus). We’re still compiling the full results but here is a snap shot:

By seniority, at the high end of the expectation range were Associates with expectations of an 11.4% increase. It comes as no surprise that the Associate class is the most optimistic. Simply put, they have the most career alternatives and thus firms feel the need to pay them more in line with market averages across PE, HF and Banking, which have all seen increasing Associate compensation.

More details on all these asset classes will be available in our forthcoming compensation surveys, to be shortly released to clients

The Evolving Nature of MBA Recruitment 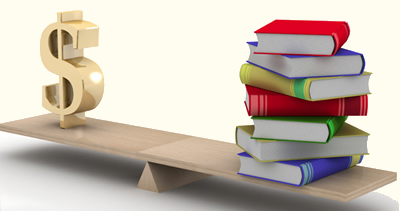 Financial services hiring continues to evolve; one aspect being the role of the BA. We’ve heard some pretty extreme statements from firms and candidates alike in recent years, such as “no-one’s going to b-school anymore” and “MBAs don’t want to join investment firms, they want to run startups.” Indebtedness is a real issue and the latest Department of Education data shows that MBA students took out on average $65,000 in loans, which is not surprising given a top-tier 2 year program now costs over $200k (data from WSJ 9/6/18)…